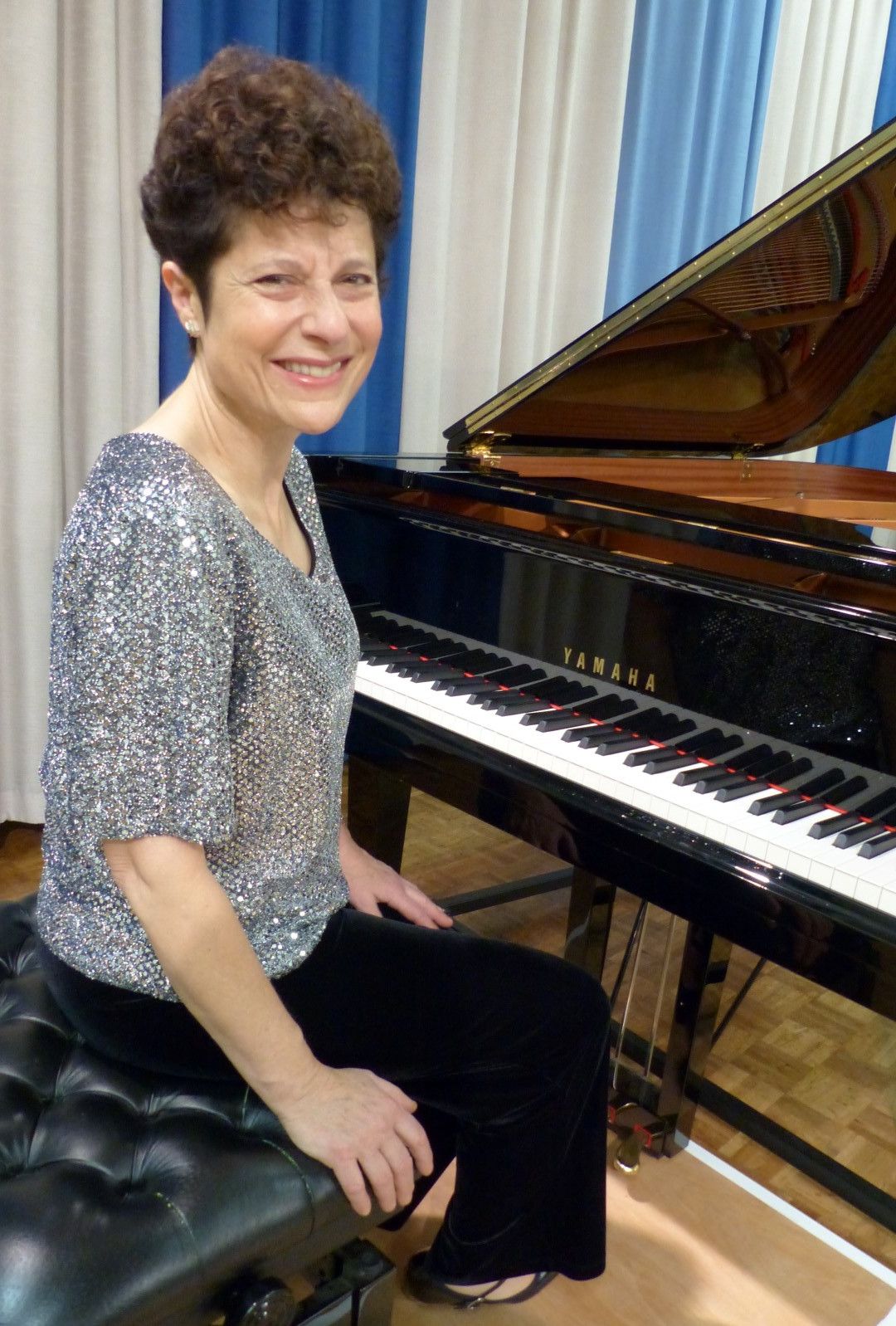 International concert pianist and Professor of Piano at Trinity Laban Conservatoire, Margaret Fingerhut, gave the second in the series of NADSA concerts last Friday. It was a concert of two halves, or as Margaret introduced it, '…. a tale of two cities, Vienna and St Petersburg'.

We started with fun. Haydn usually is fun, but his Fantasia in C is especially so, even described by Haydn himself in 1789 as 'in a humorous mood'. Playful themes were introduced and developed, and quirky pauses superbly held, by Margaret. Not only was it fun audibly, but also visually, since themes passed from treble to bass, had hands crossing too. One feels compelled to say that the sparkling of the playing out-shone the sequins worn!

Staying in Vienna for our second piece, Margaret turned to Schubert’s piano Sonata in B flat which he completed in 1828 just a few weeks before his death. This was a total change of mood. There were ethereal moments, palpable pauses, sensitively menacing rumbles, angelic phrases and repeated notes played with great differential sensitivity that held us through the warmly melancholic extensive first movement. The sombre pianissimos for the theme at the beginning and ending of the second movement, and repeated notes, menacing without monotony, were just gut-wrenching. The following Scherzo movement was light relief, if not quite Haydn's fun. The final movement was relatively joyful with a defiant forte and an emphatic presto finale. Margaret had led us superbly through a great emotional journey.

For the second half of Margaret's recital we were with 'The Mighty Handful', a group of composers under the influence of Balakirev, living in St Petersburg in the 19th century.
From Borodin we had two pieces 'In the Monastery' and 'Scherzo in A flat'. The monastery scene was conjured from heavy bell tolls giving way to an ordered procession that crescendoed probably towards an altar: hugely atmospheric. The Scherzo is a romp, the rhythms and melodies being akin to peasant dances.
With Rimsky-Korsakov's 'A Little Song', we were reminded of Russia's Eastern influences by oriental intervals and harmonies.
We then had three pieces by Mussorgsky. The first, 'In the Village', started small and simple but grew to majestic size, then plodding rhythms gave way to lightness and rubato that made the peasant dances compulsive. The second of Mussorgsky's pieces was 'Teardrop': very Chopinesque and empathetically performed. 'First Punishment' was the last in this group, and conveyed a great agitation, anger and turmoil.
The next of 'The Mighty Handful' composers' works we heard was from Cui, probably the least well known. The first of his preludes we heard [from a series of 25 modelled on Chopin] was light and simple: contrasting with the drama and grandeur of the second.
Balakirev had a strong influence on many composers in St Petersburg: for example he made Tchaikovsky rewrite the Romeo and Juliet Overture to a third version. Such confidence enabled him to transcribe Glinka's 'The Lark' from orchestral score to solo piano. Again, there seemed to be the influence of Chopin and a bold use of the range of the keyboard with a rendition of fluttering that was truly feather-delicate.
Our final piece, by Balakirev, was his toccata in C sharp minor. It started with a delicate up-tempo tune that soon crescendoed and developed into a virtuoso dramatic climax.

It seemed strangely ironic, yet wonderful, that Margaret Fingerhut's programme of compositions from 'The Mighty Handful' who were very concerned with the 'Russian-ness' of their music, left me greatly impressed with their sheer diversity. So good to be treated to much loved familiar fare wonderfully presented, and then led to less familiar territory by inspired hands.