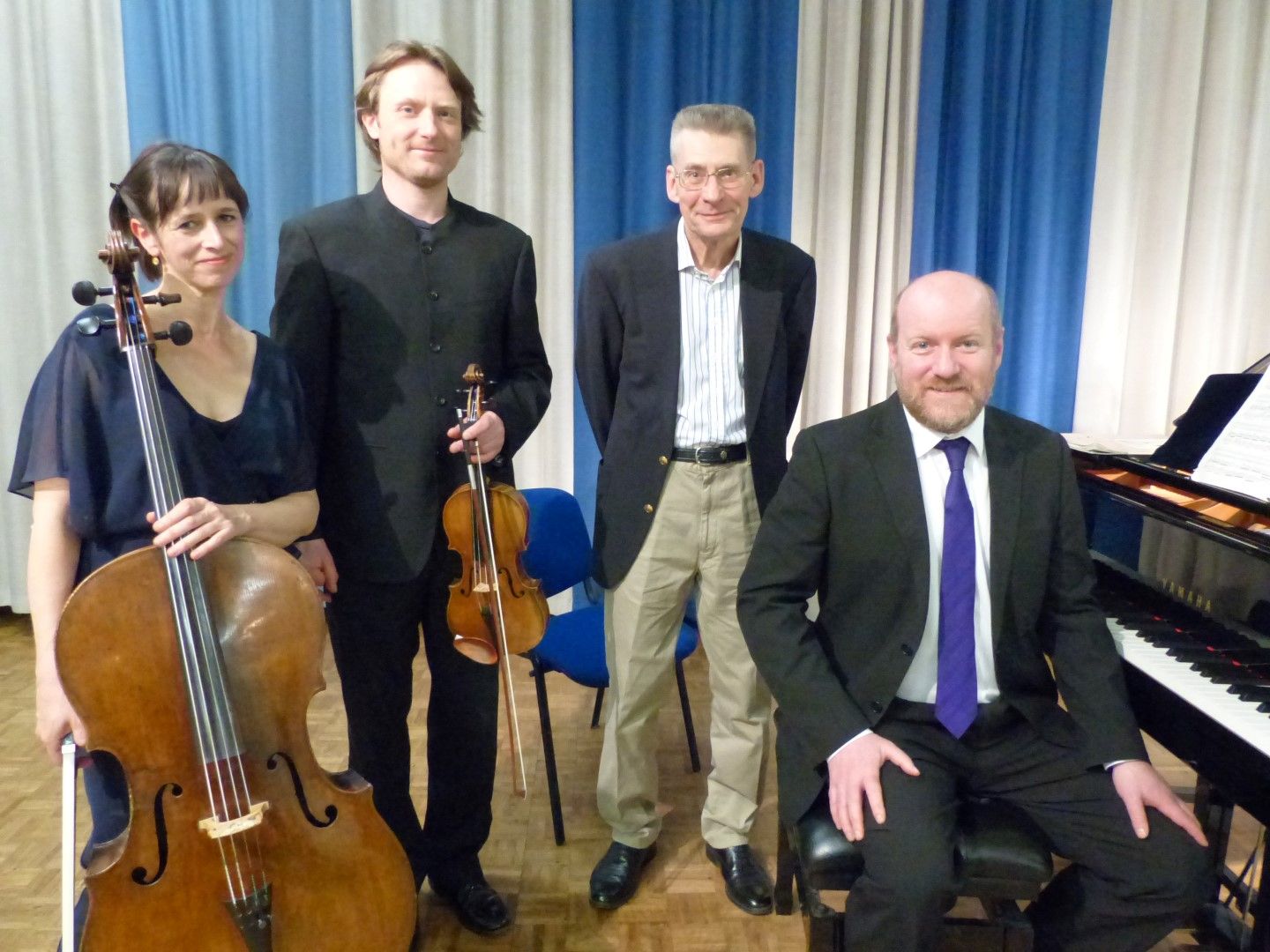 NADSA’s series of concerts ended the season with a programme that concentrated on the popular period of the mid 19th century. The London Bridge Trio, known for their nuanced performances focused on contextual associations, brought this Romantic period to life.

Quite unusually, there were only two composer surnames on the programme: Schumann and Mendelssohn, but this belies the situation where we were invited to appreciate the styles of both Robert Schumann and his wife, Clara. In the 19th century, Clara, as an international pianist, was more famous than her composer husband. She, however, was also a composer, but family commitments and the time constraints of her performing career were probably the reason for her relatively small number of published compositions.

All the works performed at the concert were written between the years 1845-1849, and their juxtaposition invited us to compare the more introspective style of the Schumanns with the comparatively securely flamboyant style of Mendelssohn: three musical geniuses differently influenced by their environment.

First we heard Three Fantasy Pieces, Op 73, by Robert Schumann. These pieces were originally conceived for clarinet and piano, but we heard the version for cello and piano. They were intended to be played sequentially, and with minimal breaks between each, which had the effect of enhancing their very different moods. The mellow tones of Kate Gould’s cello were complimented superbly by Daniel Tong’s sensitive phrasing in the opening piece. In the lighter flowing narrative of the second piece, the mood changed. We had interesting dialogue between the instruments, and a pianissimo that contrasted well with the emphatic fortes and energy of the last piece.

Clara Schumann’s piano trio was written whilst she was pregnant with her fourth child and unable to give performance tours. It is the only chamber music she wrote. The Allegro movement’s romantic melodic themes were given substance by the piano and cello, whereas the Scherzo contrastingly was mostly light and dancey. The piano led us into the Andante third movement which surely had a hint of the Chopinesque about it. As the movement progressed, the rich tones of the cello splendidly filled the hall. The fourth movement gave us a sample of fugal form before a very satisfyingly solid finale. A combination of composition and performance led me to appreciate the diversity of content where no theme is self-indulgently over-worked, and one is left wanting more.

Mendelssohn’s piano trio No. 2 in C minor is somewhat of a virtuoso work. The ‘Allegro espressivo con fuoco’ of the first movement sets the scene with swirling patterns on the keyboard, frenzied sections and contrasting peaceful interludes: the transitions being acutely handled by the players. The piano introduction of the Andante was indeed a calming walk, later with the warmth of the cello to embrace us. All changed with the Scherzo which had the tension and excitement of a car chase, but with no crash! The finale was the stuff of melodic fireworks with the violin of David Adams emerging from beautiful pianissimos to dramatic fortes. The London Bridge Trio did both Mendelssohn and the audience proud.