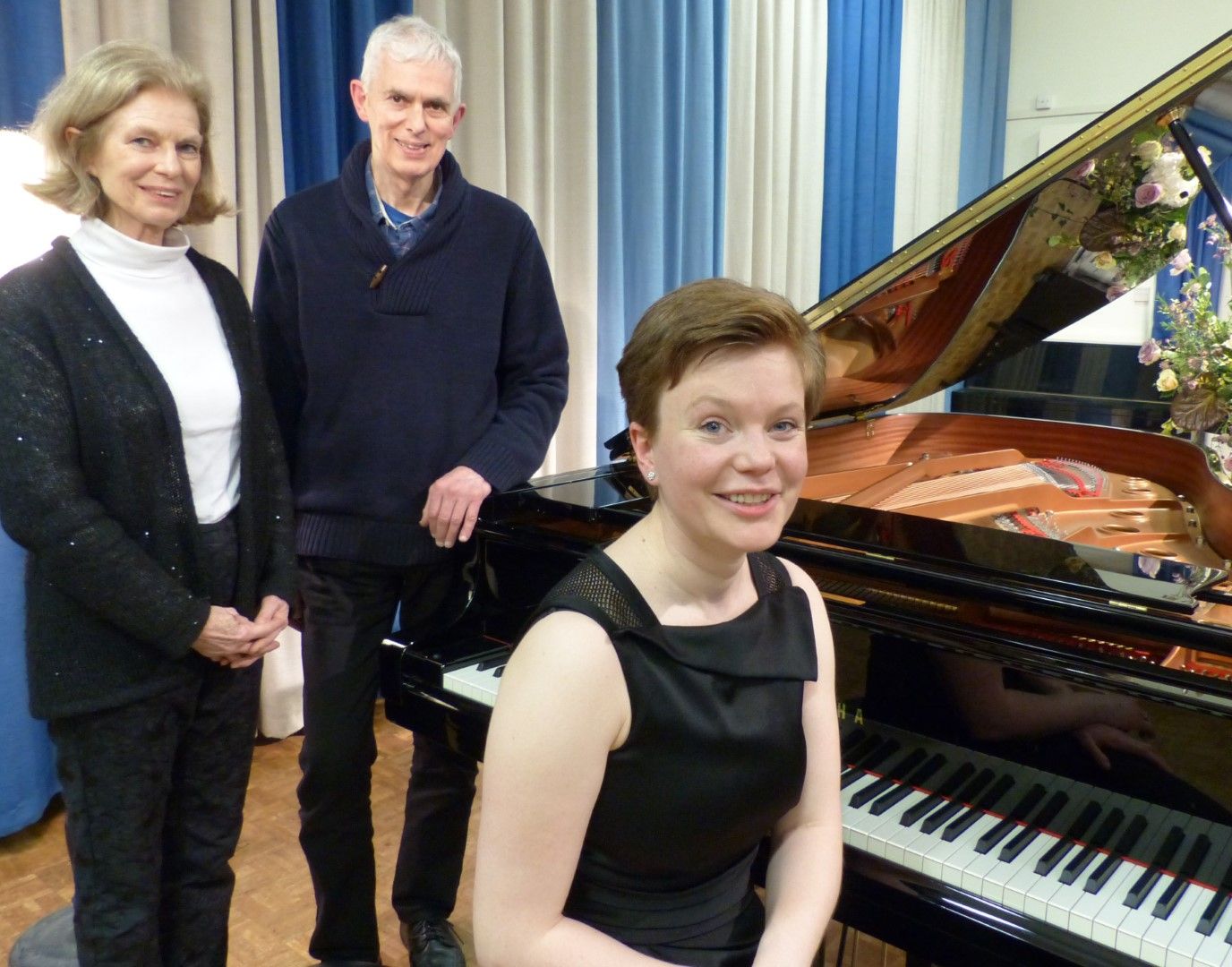 Newton Abbot had the first performance, following the London Barbican World Premier last Monday, of a new work by Edmund Finnis. It was just part of a very popular programme, extraordinarily performed, by Clare Hammond.

Haydn is usually a good concert opener, and his Fantasia in C major is perhaps more fun than most. Clare took this at a fair lick and, with effective use of change of tempos, kept us on the edge of our seats. There were bold statements and diaphanous frills; even Haydn might have been surprised by such vitality!

Clare said that Edmund Finnis and herself were both students at the Guildhall and had long wanted to realise a work together.

Since Edmund is now known as a composer of electronic to full symphonic instrumental music, one wondered how his sound palette would transfer to this, his first composition for solo piano. Certainly, in the hands of Clare, the answer must be ‘very well’. The 10 short pieces took us through a range of thoughts and feelings: smoothness that also shone; speed that ended with bass drama; a serenity with questioning dissonances; then a huge change to warm rolling phrases with a melodic line above; a delicacy that was sustained but had growth; great activity and sparkle; something chilling maybe a tad spooky; gentle falling ripples with an insistence left unresolved; a somewhat melancholic andante, and finishing with a mellow calm. I find it reassuring that when I note the given titles to each piece I can identify some commonality of experience, to the extent that I feel enriched by the vicarious experience of those things unknown to me such as New York and Helsinki.

The Four Impromptus of Schubert D899 followed: familiar territory maybe, but rarely heard played quite as superbly as this. After rich full-bodied moments came passages of gentle narrative and striking changes of mood, all done with nuanced phrasing. Clare possessed an amazing skill to maintain subtlety of phrasing with such speed; she also had the delicacy of touch to make note repetition interesting! Magical runs had a momentum of their own, interspersed with drama in the second work that ended with frenzy. The third impromptu, where a melody sings out over ripples, is so well known that one might have thought oneself immune to its simplistic beauty. Clare's rendering of this masterpiece was totally engaging: another electric moment for the audience.

Our musical experience was further expanded into the lush romanticism of an early work by Scriabin, his Sonata No 2 in C sharp minor Op 19. It had all the awe and wonder one expects, plus the sympathetic use of silence: a lily so often gilded by others.

After we had embraced the grand scale of phrasing and, at times, the turmoil of Beethoven’s Sonata No 30 in the first two movements, the Andante was serenity itself. This was perfectly in keeping with Clare having said that this was a very personal and deeply felt sonata of his.

Stravinsky’s Three Movements from Petrushka was the final work. It is very much a virtuoso showpiece, not often heard in live performance due to its technical difficulty. However, Clare’s performance let us forget all that. We could dance, reflect, or have the most outrageous swings of emotion; her pyrotechnics just lit the auditorium.

What a privilege it was to be present at this performance.

This concert was sponsored by Estelle McCormick and was the sixth in the series of Nadsa concerts sponsored by Austins Department Store.