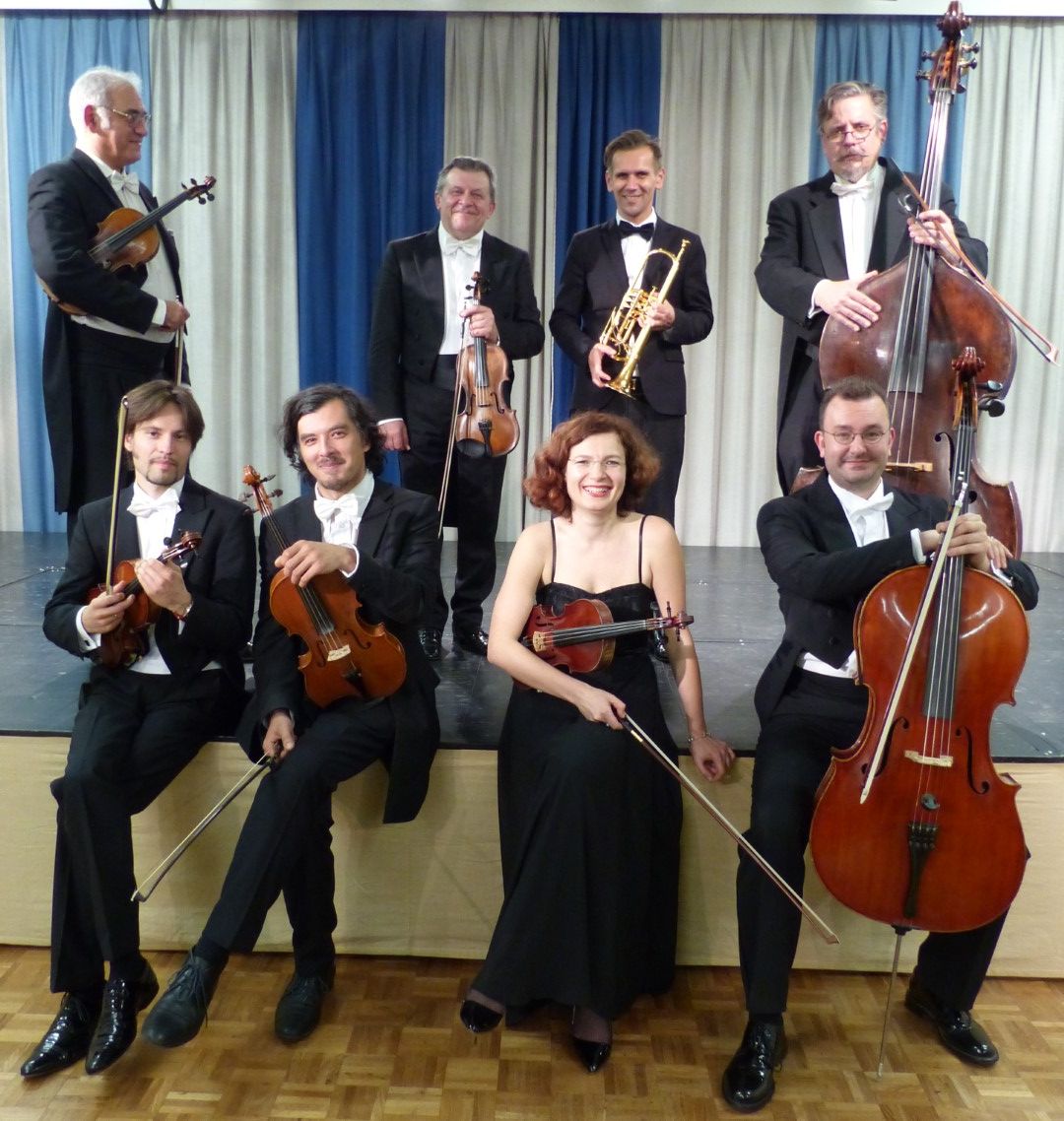 It’s a few years since NADSAconcerts brought such a large group of musicians to Teignbridge, and what a treat the Chamber Philharmonic Europe turned out to be. Familiar composer names peppered their programme, which was not only enjoyable but uplifting. The audience left with a spring in their step.
Seeing Vivaldi’s name made me think of The Four Seasons; how refreshing then to hear the Concerto for Strings in G minor instead. A spirited rendering of the introductory Allegro was followed by the Largo where a hint of melancholy pervaded. The final Allegro concluded the piece with Vivaldi's expected panache.

No matter what associations one has with Albinoni’s Adagio in G minor, it never fails to touch the soul. Actually, it was mostly written by Remo Giazotto, who copyrighted it in 1958. Whatever the attribution, be it the 18th or 20th century, the wide use of this Adagio in mainstream culture attests to its huge popularity. For all its familiarity, it is not often presented in its entirety as a concert live performance. Here, the bass pizzicato worked particularly well with the acoustic of the hall.

And, if we perhaps were in need of cheering up, we next heard Hummel’s Concerto for Trumpet. This was written as a light-hearted showcase for the, then newly invented, valve trumpet. What a scintillating delight it was, in the hands of virtuoso Cyrill Gussaroff. He produced a surprisingly smooth tone with complete assurance and consistency. We had the instrument's full dynamic range coupled with amazing breath control; one could just revel in the music. An audience member was somewhat distressed to read that Cyrill was not programmed to perform in the concert’s second half!

During Bach’s Concerto for Violin and Strings in E, it was difficult not to get swept along with the lively and familiar melody and its inter-twining intricacies. The sweet and pure timbre of Michel Gershwin’s violin floated the Adagio melody before expanding into the rousing elaborations of an exuberant finale. Bach would not have heard such a romantic interpretation of his work; I suspect he would be proud to know that his composition is so versatile.

One of Faure’s most famous pieces is his Pavane for Orchestra: hugely familiar but still riveting. The warmth of the cello was immediately palpable, and the dynamics with the bass were especially effective. Even the visually distracting viola player maintained the mesmerising theme. An ensemble performance that still haunts me.

Holst’s St Paul’s Suite was the last item on the programme, and an excellent choice, giving us contrasts of mood, a rousing jig and the comforting tune of Greensleeves woven across another traditional theme.

The near-capacity audience was pleased that an encore was forthcoming. Cyrill Gussaroff returned with the ensemble to play a trumpet arrangement of Dinicu’s Hora staccato. What a glorious display of virtuosity. Rapturous applause encouraged a second encore: ‘Mozart with a twist’. Mozart's Eine Kleine Nachtmusik was the bread of the sandwich. Various fillings whisked past us: snippets by The Beatles, Beethoven, Delibes, Strauss, were humorously interleaved to the delight of the audience.
So nice to end the evening remembering that good music can also be fun.