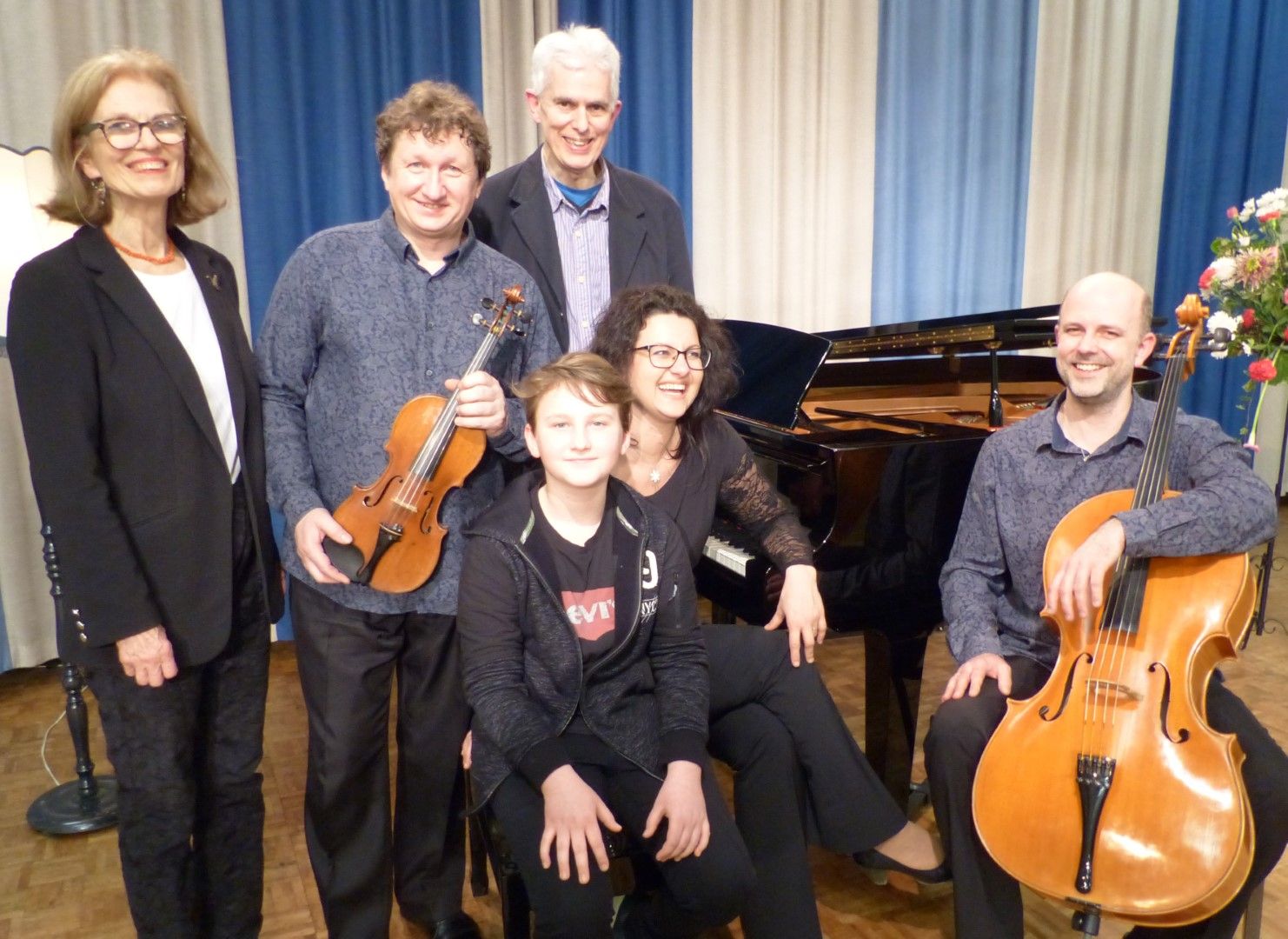 An amazing surprise greeted the nadsa audience last Friday evening. The concert didn’t start as the printed programme suggested; instead, we had Jan Schulmeister Jnr [son of the trio’s violinist and pianist] playing us Lizst’s Hungarian Rhapsody No 13. He was fearless with sensitivity and spirit. I felt I was watching a young Mozart phenomenon, but perhaps Chopin would be a more relevant comparison. Initial feelings of patronising the young lad soon evaporated, to be replaced with the thought: ‘How do you follow that?’

The Petrof Piano Trio had magic of their own. It was very heartening to see that they had the confidence to play the rest of the concert with the piano lid partially down, resulting in excellent balance amongst the instruments. Their goal was sound quality rather than visually accepted tradition.

The trio started their concert with Janacek’s String Quartet No 1 ‘Kreutzer Sonata’; but, as a piano trio, they played a transcription written especially for them. The Petrof Trio had already given its world premiere in Prague, their capital city, in 2014. The ‘Kreutzer’ name comes from a Tolstoy novella in which his married heroine played Beethoven’s Kreutzer Sonata with a dashing violinist. She was carried away with the music’s passion and was killed by her jealously fantasising husband. This scenario inspired Janacek, in 1908, to write a piano trio, apparently empathising with Tolstoy’s heroine. The manuscript of this work has been lost. In 1923, Janacek returned to this theme and produced the String Quartet.

Right from the opening chords, one is plunged into tension and feelings of anguished passion. But Janacek’s swings of emotion can be abrupt and episodically unpredictable, resulting in a challenge for performers to give unity to the work. The Petrof Trio rivetingly held our emotional attention through its turbulent narrative to a sensitive calm. And how did the Piano Trio version compare with the String Quartet? For my part, I found the piano version more acceptable in that the taut sound of strings-only, in Janacek’s hands, winding up the tension, is all but unbearable. I just want it to stop! Whereas, with the very different timbre of the piano, my empathy for the complex situation was engaged, as was my huge admiration for Martina Schulmeisterova for so adeptly mirroring the strings. A memorable performance.

Rachmaninov’s Trio Elegiaque in G minor is, as the name suggests, a mournful piece. However, our route to the final funeral march was one of achingly beautiful melodic lines seamlessly passed between the instruments. The theme of melancholy waxed and waned, and was eventually put to rest in an intense quiet.

Dvorak’s Piano Trio No 2 in G minor opens with two emphatic chords; from then the Petrof Trio breathed life into every phrase of the Allegro. The piano and cello introducing the Largo movement immediately set the scene for a plaintive meditative mood that was superbly developed. The Scherzo was energised and heralded another metamorphosis into a generally light, bright fun movement with interlude surprises. Further emphatic chords introduced the more complex final Allegro movement that ultimately almost invited us to dance the polka!

You could have heard a pin drop when the large and enthusiastic audience was given an encore of Massenet’s Thais Meditation. In the hands of Jan Schulmeister and his violin, the experience was sublime, with Martina Schulmeisterova and Kamil Zvak on cello somehow enabling one to forget that an orchestra wasn’t present. Magic indeed.