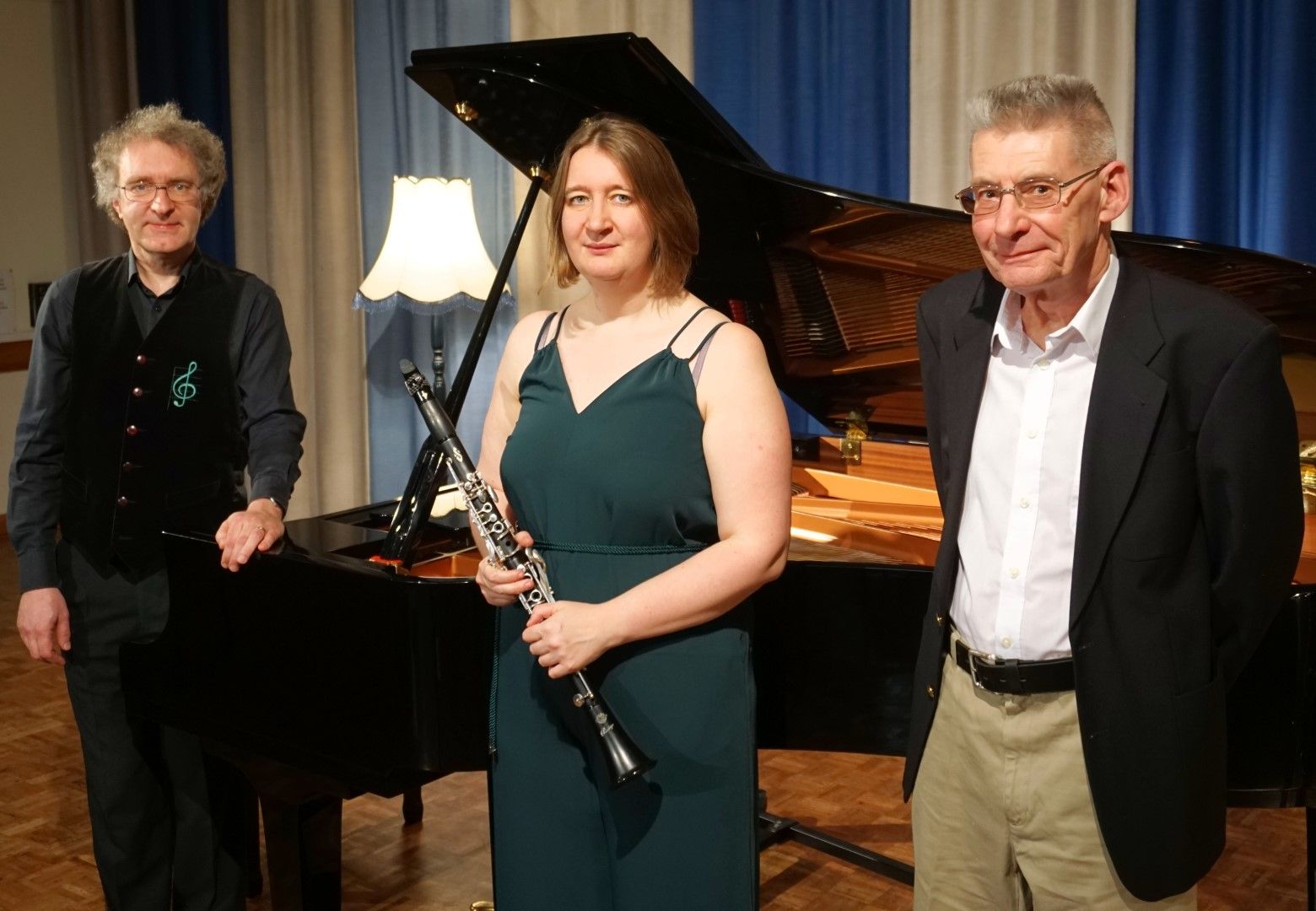 Leading clarinettist, Sarah Watts, concluded her Sunday afternoon recital for nadsa Concerts, at Newton Abbot’s Courtenay Centre, with a performance of a new composition by her duo partner, pianist/composer Antony Clare. This was special enough – but what was extra special was the instrument. Sarah is no midget, but this clarinet – a contrabass clarinet – towered above her, and was appropriately referred to as The Beast! It is a rare type of instrument, occasionally used in orchestras to produce special sounds – often rude ones.

No one writes chamber music for such an instrument. Correction – few, very, very few composers write such music, but Sarah’s accompanist, Antony, is one of them.

Entitled Nevis, it depicted a hard climb up Ben Nevis, the achievement of reaching the summit, and the wonder of the panoramic view. It was an appropriate finale to a most unusual, and exhilarating concert in which the large, appreciative audience was treated to a varied programme of music arranged for bass clarinet (itself a rare enough instrument) and piano. In addition, the duo played two staples of the conventional clarinet repertoire, Ireland’s Fantasy Sonata and Finzi’s Five Bagatelles. We even had a piano solo from Antony – to enable Sarah to recover her breath after playing the impossibly long phrases in Arvo Pärt’s Spiegel im Spiegel.

The concert was sponsored by Buyrite Tyres. Sarah and Antony stayed overnight in Newton Abbot in order to conduct a musical workshop at Canada Hill Primary School on Monday 27 th January. The children at this school would have had fun – especially if Sarah took the Beast along and produced some rude sounds!