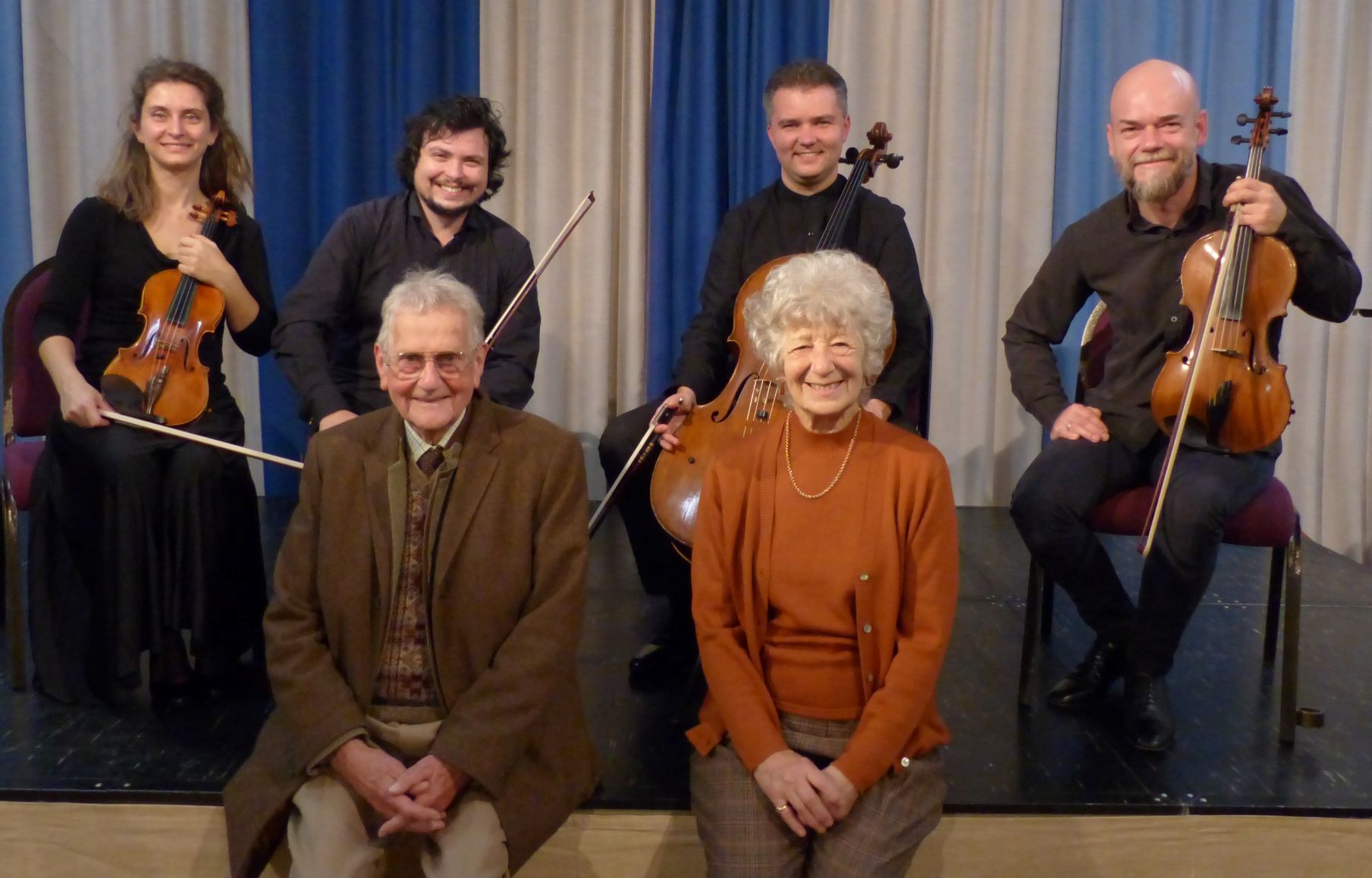 The Arcadia's concert was introduced to the sell-out audience as: "bucking the trend of people, post covid, wanting fun. Here we are going for passion and intensity". And whoa, what an experience that turned out to be. One only had to look at their programme to realise that this was no bland Sunday afternoon distraction, - this was real meat.

In their hands Schubert's Quartettsatz in C minor D703 had intensity from the first few bars, and it also allowed the Arcadia to demonstrate sweet delicacy flowing through the familiar melody that develops. Passion and drama also figure in this unfinished work. What a way to start a concert!

Janacek's String Quartet No 1 'The Kreutzer Sonata' was inspired by Tolstoy's novella of the same title in which a jealous husband kills his wife in a fit of rage. The Janacek perspective is that of the wife, and this work takes us through gut-wrenching episodic swings of emotion.
Mendelssohn's String Quartet No 6 in F minor Op 80 has been called 'A Requiem for Fanny' [his sister]. It is his most dissonant and emotionally-charged composition: he died a few months later.
Including both works in one programme is a challenge, both for the performers and the audience. Can the highly charged atmosphere be maintained?

Amazingly, the Arcadia kept intensity throughout; playing as one, they led us through a whole gamut of emotion. We were gripped in electric silences, as though our nerve endings had been jangled beyond endurance, but we certainly wanted more.

Our encore was the second movement of Weinberg's 7th String Quartet, a work new to most of the audience. What a privilege for us to hear this before the Arcadia have recorded it.

Guests, Newton Abbot's mayor Cllr Mike Joyce and his wife Sue were welcomed. Welcomed too, were the sponsor's family celebrating Ruth Lowe's birthday. This was certainly an event to remember.