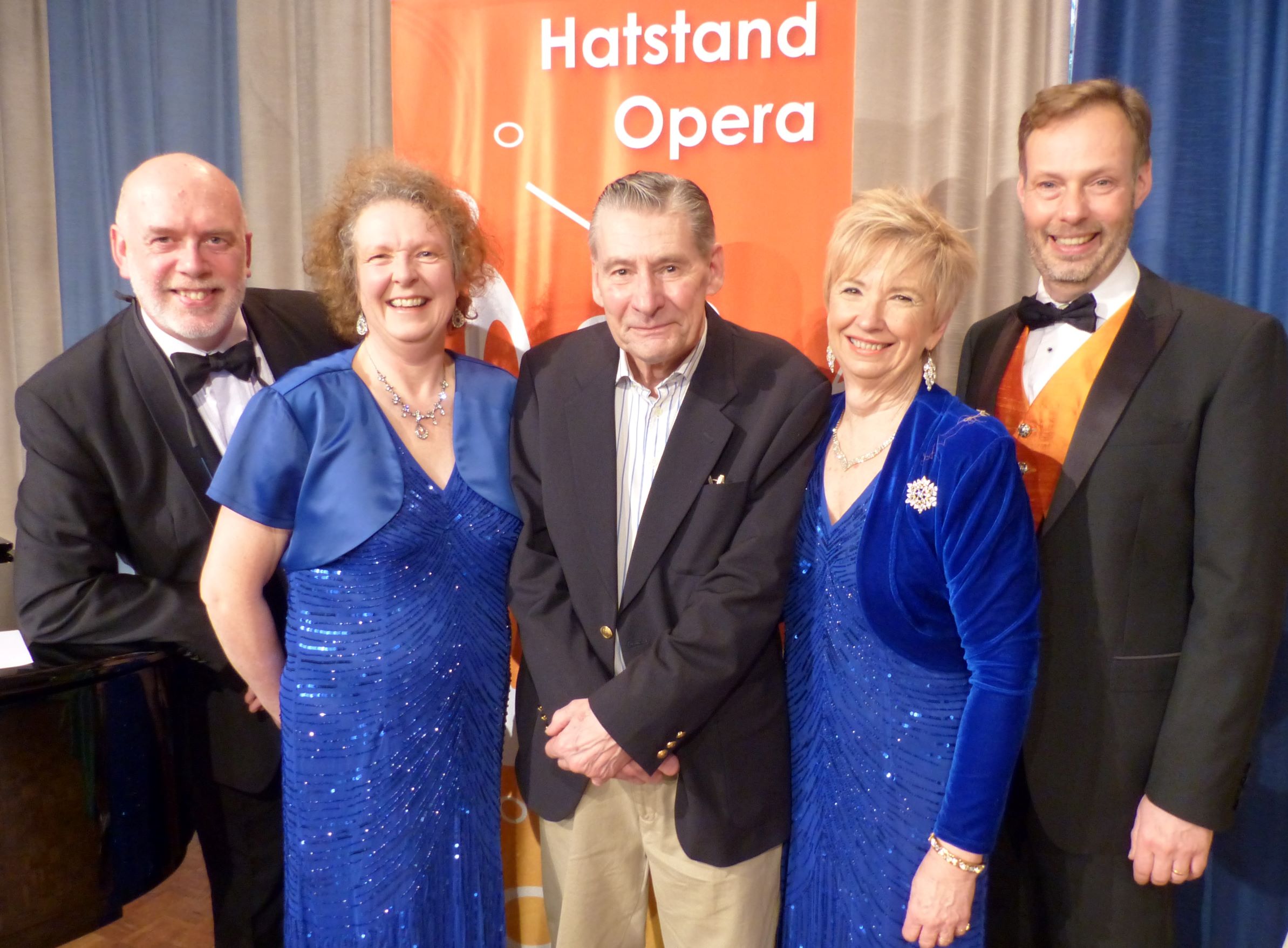 Hatstand blew away myths at Newton Abbot’s Courtenay Centre last Sunday. If one had expected a heavy dose of highbrow, one would have been very much mistaken. Kirsty Young and Toni Nunn launched the proceedings in sumptuous costumes for their duet from Nicolai’s ‘Merry Wives of Windsor’: they threw themselves into the humorous Falstaffian drama. Jollity was further fuelled by Kirsty’s introductions and synopses between every item on the programme. Engaging, informative and humorous they were; but they also integrated costume changes from the on-stage hatstand.

If we had needed any further explanation of the various opera plots, communication was eased by English being the main language of the afternoon. Our ears, though, were sharpened by some German, and soothed by the rounder vowels of French in Jochem van Ast’s rendering of the Drinking Song from Thomas’ Hamlet.

With delight, deceit and dalliance being the stock in trade of many an opera, we heard Olga’s aria from Eugene Onegin, excerpts from The Marriage of Figaro and Carmen, and the duet from Don Giovanni. It was no mean feat, therefore, for Toni to change the mood with her performance of an aria from Catalani’s La Wally. From soubrette to dramatic tragic heroine in a few minutes was amazing.

It takes something to upstage Gilbert and Sullivan, but manage it Kirsty and Toni did! Their ‘Death to the Invader’, complete with sword and spear, had to be seen to be believed. After yet more frivolity, it was Toni who let us soar and wallow in ‘My Beloved’ from Kismet’s version of Borodin. But no chance to linger there, as Kirsty then took us to Scandinavia with her song pastiche of Grieg via an ageing health-aware Mrs Gynt.

I’m not detailing everything that Hatstand performed; there was so much variety. As we neared the end of their programme, Kirsty acknowledged the pianist Jeremy Fisher and left him onstage to play his solo. Jeremy then confided to us, in song, that he wanted “to sing in opera” Wagner and Puccini. What followed was his hilarious accompanied verse sung consistently out of tune – technically very difficult – followed by snippets of voice that demonstrated yet more skills of superb tone and pitch control.

The concert concluded with Bernstein’s ‘Life is Happiness Indeed’ from Candide and an encore of the ‘Champagne Song’ from Die Fledermaus.

Kirsty could well be a stand-up comic, and all four Hatstand performers had stage-presence that many an actor would die for. The audience had a truly memorable afternoon.