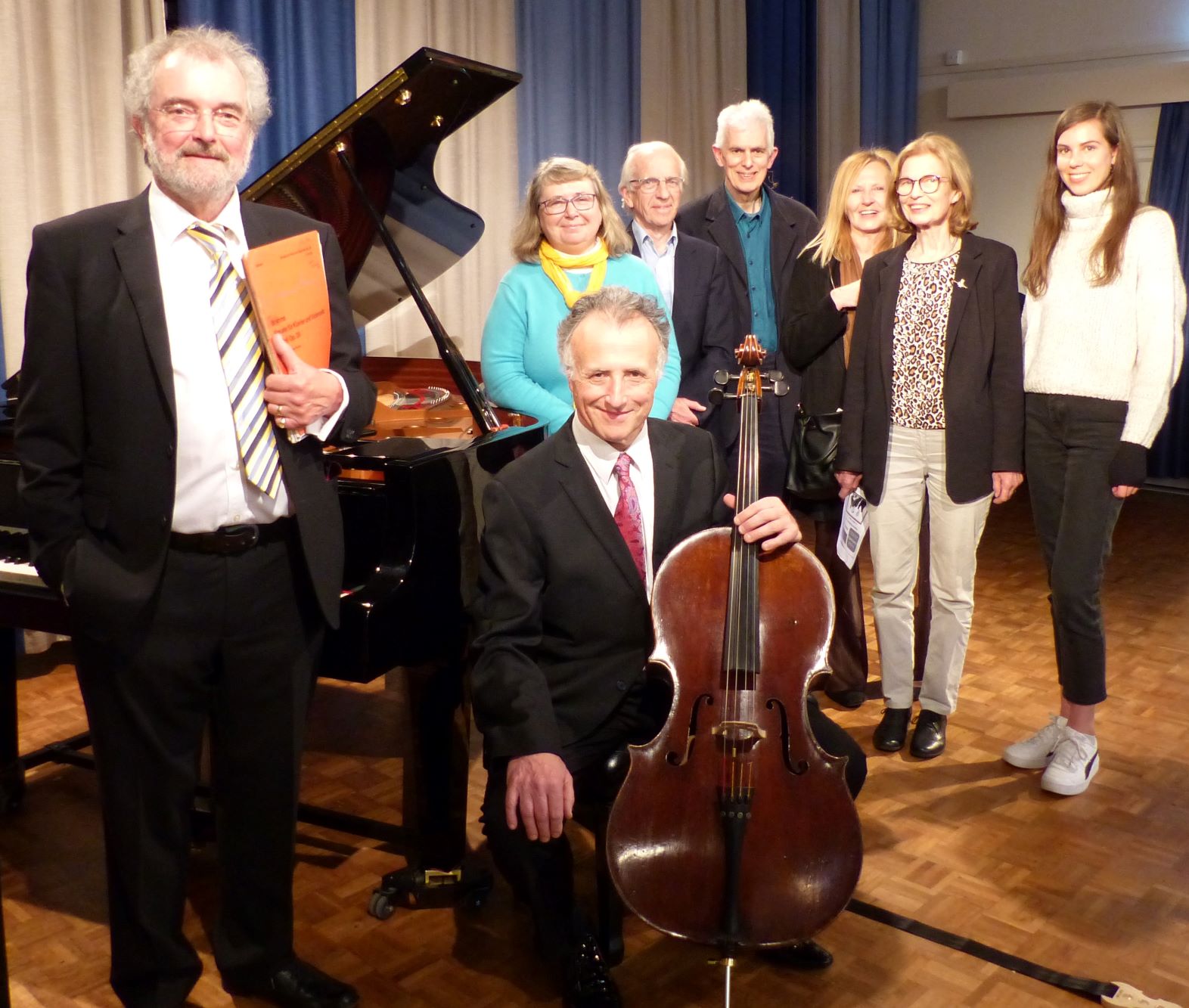 It was six years ago that Nadsaconcerts promoted the international performers Raphael Wallfisch and John York in Newton Abbot; their very welcome return last Friday was a great high on which to end NADSA’s 21/22 concert season at the Courtenay Centre. Their programme was centred in the 19th century, with one item from the first quarter of the 20th; and since I rate the Beethoven item as the ‘lightest’, it gives some indication of what a meaty concert this was.

Brahms composed two cello sonatas; his early sonata, No1 in E minor, opened the concert, and his much later one in F was the grand finale. Neither work is an easy play, but, beyond technical expertise, the musician’s role is to evoke a range of emotions. That, the duo did aplenty. From the first few chords I was struck by the superb balance between piano and cello; a simple thing, but not always perfectly achieved as here. And then there was the tone of the piano which seemed amazingly in the control of John’s fingers: no harshness with fortes. I don’t know which cello Raphael was playing, but – for the record – its bass register resonance was superb. Whether we were bathed in serenity, led through melancholy or fired with anger, the intensity of performance held us close; that was no mean feat in the second sonata where the plethora of styles and moods come thick and fast.

Debussy’s cello sonata in D minor involves even more use of diverse technical skills. Pizzicato and glissando are part of most of our perception of normality, but in this sonata I was craning my neck to observe how Raphael made his cello produce such effects for the narrative.

We, like Beethoven, live in troubled times, and to acknowledge the appalling situation in Ukraine, Raphael and John opened their second half with Album Leaves Op.51 No.1 by Ukrainian composer, Reinhold Glière, born in Kyiv in 1875. Melodic, lush and romantic, it’s a pity this piece isn’t more frequently heard.

Beethoven’s Seven Variations in E flat were musical fun, not just a jolly romp, but more an exercise in adapting a simple theme into many differing moods. This was brilliantly done, as a very bare Pamina theme, introduced by the piano, set out the challenge of ‘what can be done with that?’. Beethoven’s answer was supremely demonstrated by our performers’ offerings of playfulness, delicacy, wistfulness, a chase, pensiveness and a satisfying conclusion.

Our encore was Clara Schumann’s no 1 of three Romances, op 22, written for piano and violin. The cello transcription we heard had been modified by Raphael. A wonderfully balanced, beautiful and calming way to conclude the evening.

It was very heartening to learn that, through this covid-season, attendances at NADSAconcerts have gradually increased; this last one, even with more tickets having been released, was a sell-out. As one member of the audience commented “What a pity we have to wait till September for the next concert”.